but it does look like concept 45766114 (Subsequent ST segment elevation myocardial infarction) could be a candidate for exclusion as well. I am trying to see if this concept truly acts a “subsequent” event in our data.

@Ajit_Londhe and @ershanno do you have any additional insight on subsequent MI codes. From a pure semantic meaning - this would still be MI but

For example - i found this previous commentary on this topic Current ICD10 codes are insufficient to clearly distinguish acute myocardial infarction type: a descriptive study - PubMed 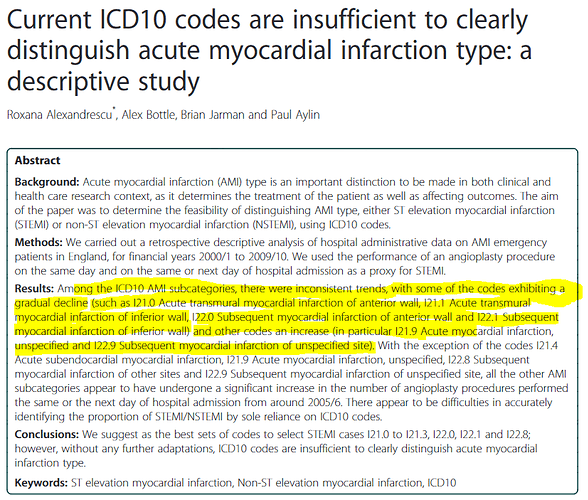 There is decline in

compared to the full set

Notice: the counts for old MI - they are pretty large compared to the subsequent codes

Evaluation of phenotypes for Unstable Angina