OHDSI in China - The China WG will be meeting on August 21st in Hangzhou, China (during MedInfo). More details: http://www.ohdsi.org/web/wiki/doku.php?id=projects:workgroups:china-wg

Call for Sponsorship - To fund the 2017 symposium we need to raise $200K to cover operating costs of venue rental, lunch, audio/visuals and recordings fees. We’re reaching out to the entire community for sponsors who want to support this important event and allow us to build upon the success of past symposia. More details: OHDSI Symposium 2017 - call for sponsorship

Updating OHDSI.org - Over the next couple months we’ll be updating collaborator profiles and our data network list. If you have updates you’d like made to your OHDSI profile, or have updated information about your database, please email beaton@ohdsi.org with the changes.

Myths which are believed in tend to become true.

Channeling in the Use of Nonprescription Paracetamol and Ibuprofen in an Electronic Medical Records Database: Evidence and Implications 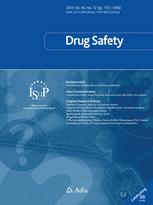 Channeling in the Use of Nonprescription Paracetamol and Ibuprofen in an...

Introduction Over-the-counter analgesics such as paracetamol and ibuprofen are among the most widely used, and having a good understanding of their safety profile is important to public health. Prior...

Quality of Meta-Analyses for Randomized Trials in the Field of Hypertension: an Updated and Improved Systematic Review 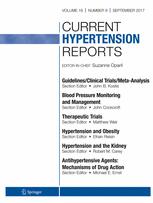 Quality of Meta-Analyses for Randomized Trials in the Field of Hypertension: an...

Publications of hypertension-related meta-analyses (MAs) have increased exponentially in the past 25 years and now average 8/month. Theoretically, this is facilitating evidence-based management of...

Percutaneous coronary intervention (PCI) using drug-eluting stents (DES) is an indispensable treatment for coronary artery disease. However, to evaluate the performance of various types of stents for PCI, numerous resources are required. We extracted clinical information from free-text records and, using practice-based evidence, compared the efficacy of various DES.We developed a text mining tool based on regular expression and applied it to PCI reports stored in the electronic health records (EHRs) of Ajou University Hospital from 2010-2014. The PCI data were extracted from EHRs with a sensitivity of 0.996, a specificity of 1.000, and an F-measure of 0.995 when compared with a sample of 200 reports. Using these data, we compared the performance of stents by Kaplan-Meier analysis and the Cox hazard proportional regression.In the self-validation analysis comparing the first-generation to the second-generation DES, the second-generation DES was superior to the first-generation DES (hazard ratio [HR]: 0.423, 95% confidence interval [CI]: 0.284-0.630) in terms of target vessel revascularization (TVR), showing similar findings to the established results of previous studies. Among the second-generation DES, the biodegradable-polymer DES tended to be superior, with a risk of TVR (HR: 0.568, 95% CI: 0.281-1.147) falling below than that for the durable-polymer DES approximately 1 year after the index procedure. The Endeavor stent had the highest TVR risk among the newer generation DES (HR: 2.576, 95% CI: 1.273-5.210).In this study, we demonstrated how to construct a PCI data warehouse of PCI-related parameters obtained from free-text electronic records with high accuracy for use in the post surveillance of coronary stents in a time- and cost effective manner. Post surveillance of the practice based evidence in the PCI data warehouse indicated that the biodegradable-polymer DES might have a lower risk of TVR than the durable-polymer DES.

Exosomes are cell-derived circulating vesicles that play an important role in cell-cell communication. Exosomes are actively assembled and carry messenger RNAs, microRNAs and proteins. The "gold standard" for cardiac allograft surveillance is endomyocardial biopsy (EMB), an invasive technique with a distinct complication profile. The development of novel, non-invasive methods for the early diagnosis of allograft rejection is warranted. We hypothesized that the exosomal proteome is altered in acute rejection, allowing for a distinction between non-rejection and rejection episodes.Serum samples were collected from heart transplant (HTx) recipients with no rejection, acute cellular rejection (ACR) and antibody-mediated rejection (AMR). Liquid chromatography-tandem mass spectrometry (LC-MS/MS) analysis of serum exosome was performed using a mass spectrometer (Orbitrap Fusion Tribrid).Principal component analysis (PCA) revealed a clustering of 3 groups: (1) control and heart failure (HF); (2) HTx without rejection; and (3) ACR and AMR. A total of 45 proteins were identified that could distinguish between groups (q < 0.05). Comparison of serum exosomal proteins from control, HF and non-rejection HTx revealed 17 differentially expressed proteins in at least 1 group (q < 0.05). Finally, comparisons of non-rejection HTx, ACR and AMR serum exosomes revealed 15 differentially expressed proteins in at least 1 group (q < 0.05). Of these 15 proteins, 8 proteins are known to play a role in the immune response. Of note, the majority of proteins identified were associated with complement activation, adaptive immunity such as immunoglobulin components and coagulation.Characterizing of circulating exosomal proteome in different cardiac disease states reveals unique protein expression patterns indicative of the respective pathologies. Our data suggest that HTx and allograft rejection alter the circulating exosomal protein content. Exosomal protein analysis could be a novel approach to detect and monitor acute transplant rejection and lead to the development of predictive and prognostic biomarkers.

Just a note that our next *Pharmacovigilance evidence investigation
workgroup *call is not this week but will be next week on Wednesday,
8/23, at 9am Eastern. The call in information is correct.